1. Can I segment people based on time AND a property?

Not at the moment. Our Power Report and SQL Report are the best reports for segmenting people using multiple criteria.

2. What’s the difference between counting people … First Time vs. Every Time?

The difference is most dramatic if you switch the cohort report’s display options to display Cumulative People or Cumulative Percentage - it could potentially exceed 100% of people because people are being counted more than once.

3. How do I understand the results of my report?

To step through how to read a sample report, here is an annotated screenshot. Please click on the image to see it in full-size: 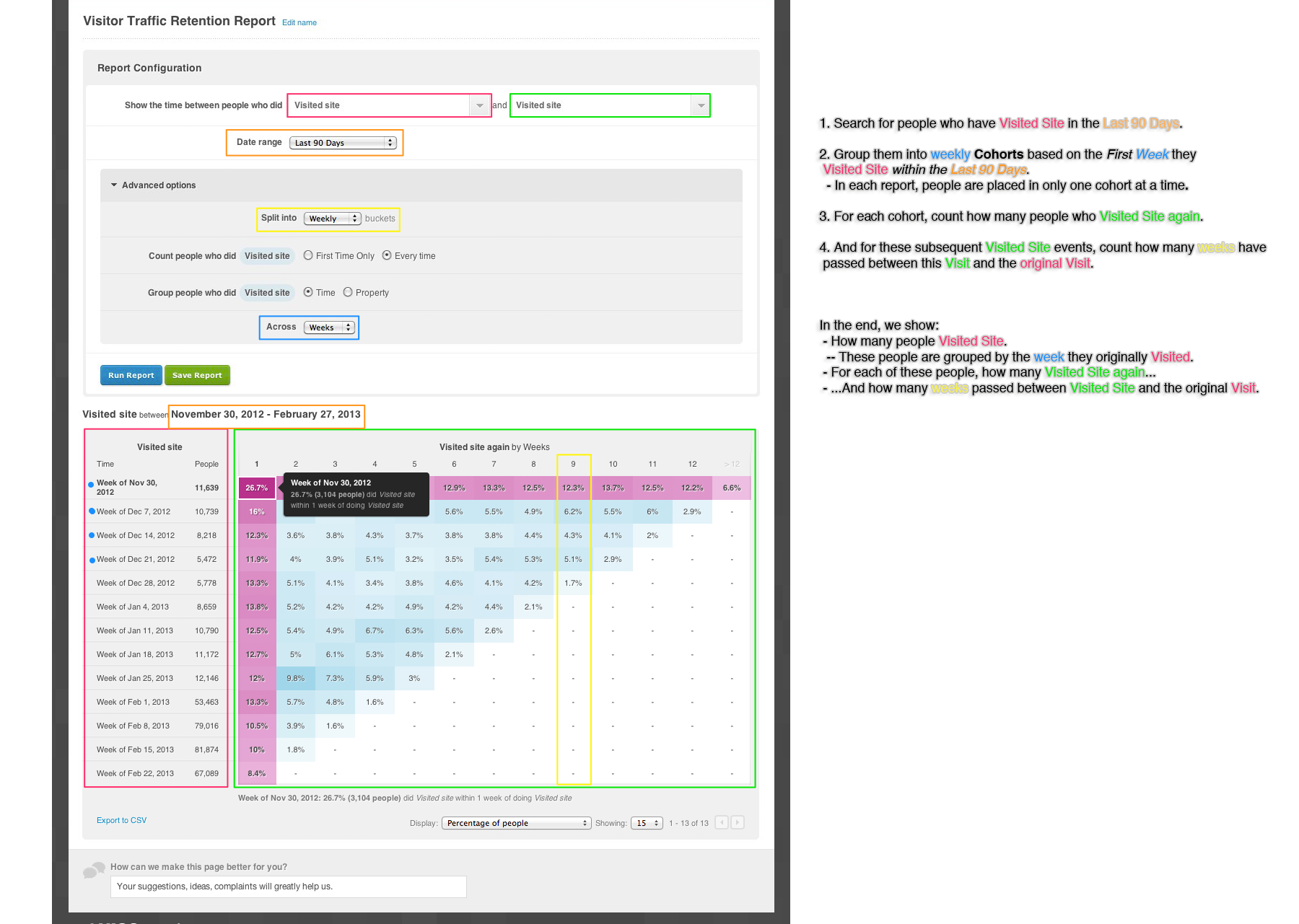 1. The people column in the Cohort Report does not match up with a People Search for the same week or month.

The Cohort Report groups people based on the first date they did the event in the date range of the report. A People Search looks for anyone who has done the event, regardless of whether they have done the event earlier.

To give an example, let’s refer back to the explanatory screenshot, and focus on the Week of Jan 4, 2013.

2. I run this report every day and data changes for weeks that have already passed.

Thus, the bucket for “Within 1-2 weeks of ‘the week of Jan 4, 2013’” can potentially span Jan 11-23, depending on when people actually did that first Visited Site event.

Updated about 1 month ago