Marketo provides Webhooks, which lets you tell the Kissmetrics tracking servers when something special in Marketo occurs. This gives you more depth in the data you can send from Marketo, not just what was captured in that form.

If you have forms in Marketo that you wish to track in Kissmetrics, consider the following method.

Here is a quick overview of what we’ll be doing:

Step 1. Add a New Field For the Lead Database 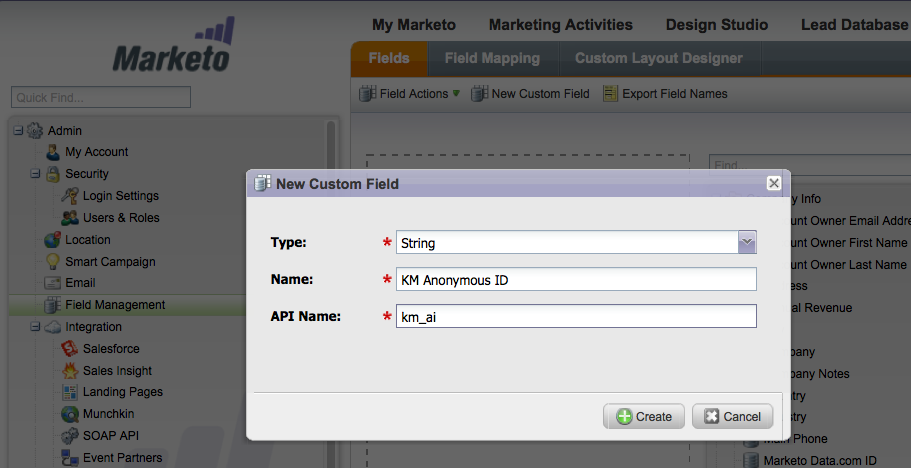 Step 2. Include the New Field in Your Form

Let’s make sure your form includes the field you just created. We’re going to pull the value of the anonymous ID from the Kissmetrics cookie km_ai, and submit it with the rest of the form.

Now Marketo will keep track of each lead’s KM Anonymous ID. But you want Kissmetrics to know that a KM Event happened when the lead submitted the form. For that, we’ll need to use 2 webhooks – in other words, Marketo will hit 2 of Kissmetrics’ tracking URLs, according to the API Specifications ). 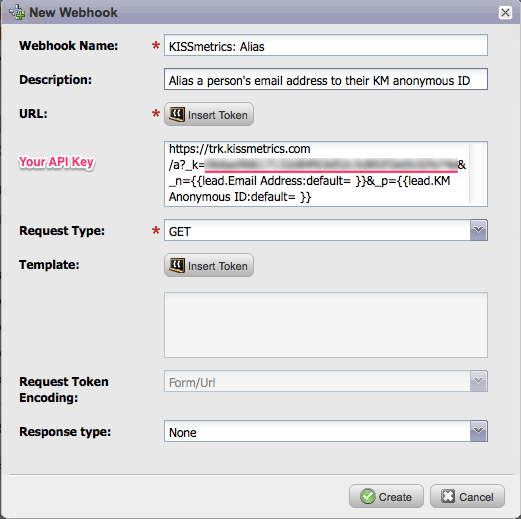 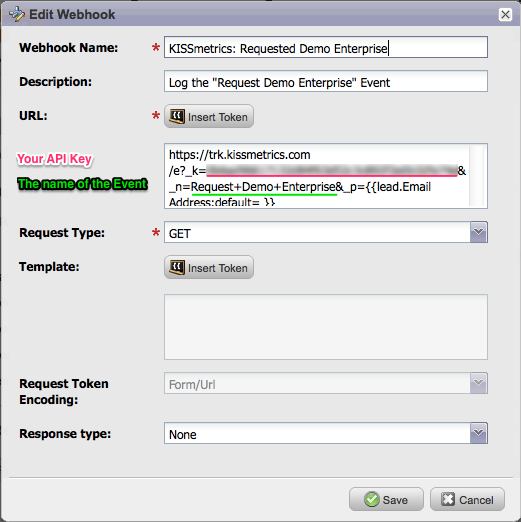 Step 4. Connect the Webhooks to a Smart Campaign

In order for the Webhooks to activate, we need to add them to the Marketo Smart Campaign that triggers upon form submission. Note that this only works on a “trigger campaign” and not on a “bulk campaign”. 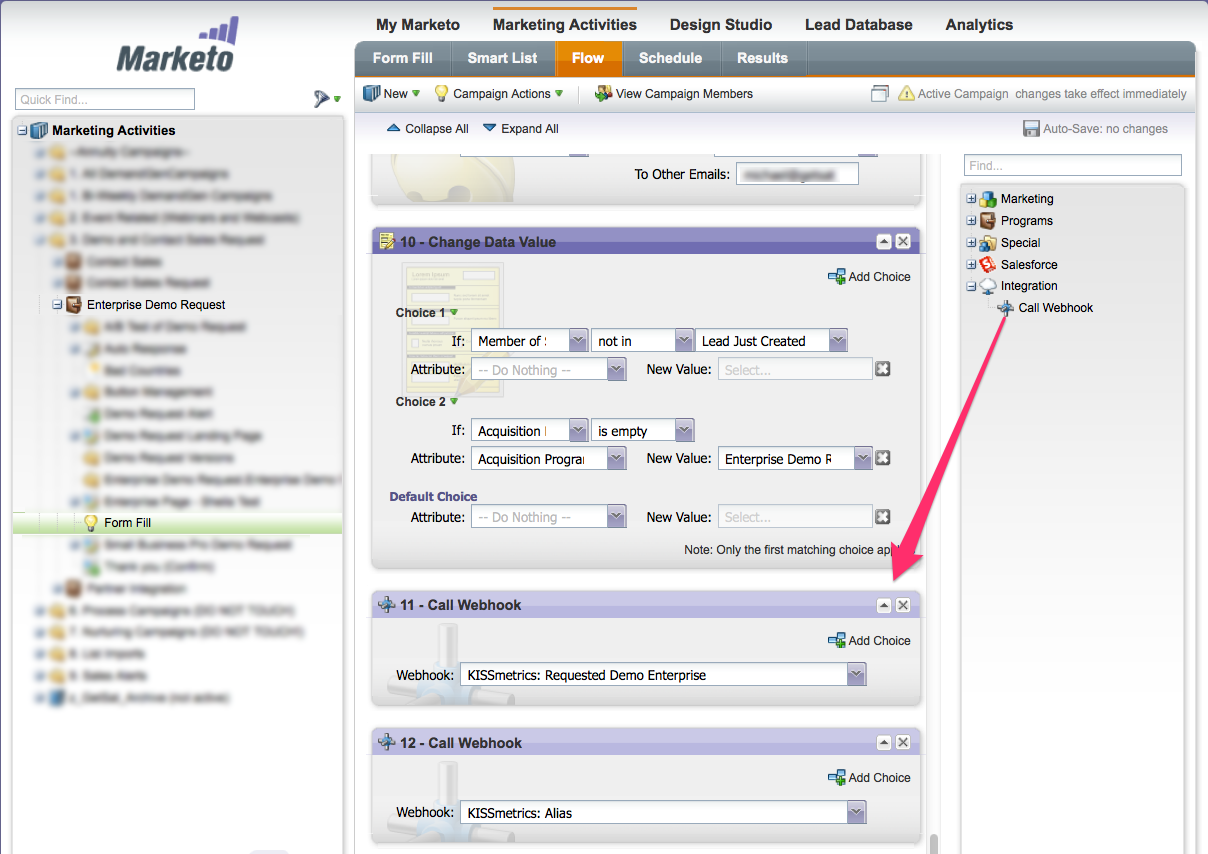 Everything is wired up at this point, so let’s activate the tracking. 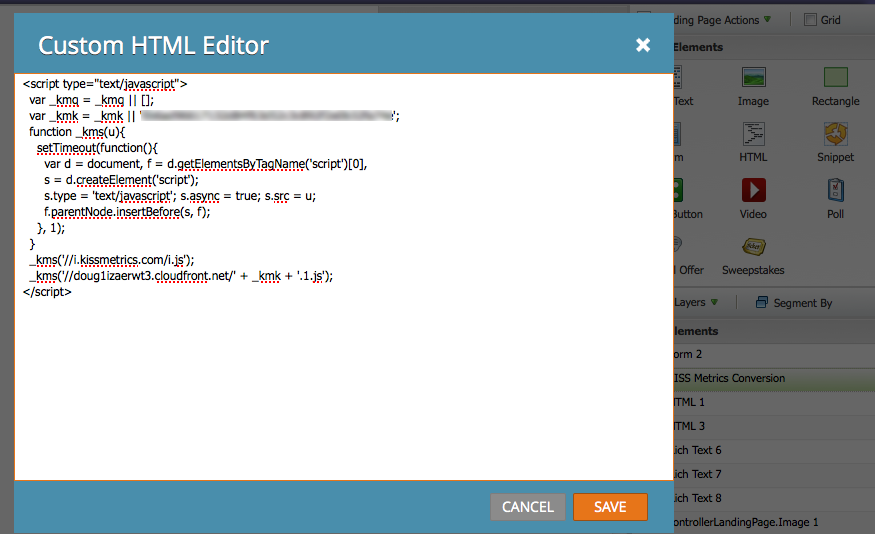 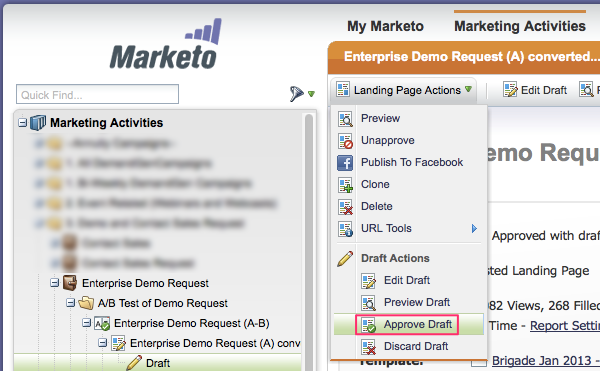 Not only can you set up landing pages and forms, but you can send campaign emails through Marketo, too. The process for adding webhooks to track email delivery is very similar. We’ve found that in some cases though, triggering webhooks for batch emails has problems: 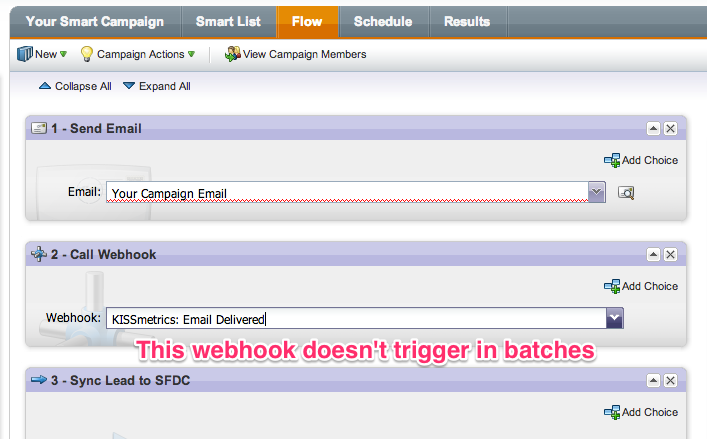 You should be able to create a separate smart campaign to detect when a specific email is delivered. That way, the webhook can fire based off of that rule: